On The Steps with Mal Evans

The Beatles roadie and personal assistant Mal Evans was interviewed by us on 'The Steps'  on June 18th 1970.
Below is the 'interview' that was printed in the June edition of our Magazine.

Everyone had so many questions to ask Mal that the following is only an extract of the interview.

Q. What do you think of Apple Scruffs?
A. I like them as a rule. It depends upon the circumstances. It’s the same reason why you don’t like me all the time. It’s just that in the past . . .
Q. What is your option on the Beatles split?
A. What Beatles split?
Q. Did you enjoy your birthday? - and how is the hammer going?
A. The hammer is going very nicely, but the Apple has started going off - 10,000 little feet coming out the bottom and trampling over my sideboard - and have you ever heard 10,000 little feet?

Being Election Day, Mal made a few comments on this “Anybody who keeps us out of the Common Market I’ll vote for”. On a more serious note he added, “Apple Scruffs should have a place in parliament”
Mal said he was going up to Liverpool that weekend “I’m taking some people up - it’s my dad’s 56th birthday or something. When asked about his job Mal said “It all happened one day in Liverpool, I was walking down town in Mathew Street when this fantastic sound came from the cellar and I was hooked. To be honest, I do this and that, and as little as possible is the usual reply”

Q. What’s your favourite Beatles single?
A. Let it Be.
Q. When are you going to retire?
A. When I die.
Q. Are we going to see happy days at EMI any more?
A. Very soon, they are always happy days. Happier days? There is always something happening nice; perhaps I see it differently from you, but that’s wishing for something and you tend to not have a good time because you’re wishing for something else.

Of course we wouldn’t forget Paul on June 18th, it being Election Day and Paul’s birthday.
Q. Did you send Paul a birthday card?
A. No, I sent him a telegram.
Q. What is happening about our Apple Scruffs permission?
A. Well, I don’t see why you shouldn’t get it. It could be fatal to ask permission, you know. You could always print it, you know, without permission.
Mal continued, “I used to live in Wales, you know. My mother’s name was Evans and my father’s name was Evans, that’s why I was called Evans”

Q. Have you got any brothers and sisters?
A. Three brothers, all married and younger. I’m the big daddy of the family.
Q. How old are your kids?
A. Julie is four and Gary is eight-and-a-half.
Q. Does anybody object to Apple Scruffs in there? (meaning Apple offices)
A. I shouldn’t think so, I don’t know. I don’t like to speak for other people. It’s hard enough to speak for myself. I think all the fellas like it - the magazine. All the people who have seen it have liked it, it’s a habit that needs to be encouraged.
Then followed Mal’s other views of the magazine.
“You could lay off Paul a bit can’t you? You get very nasty sometimes. People read this and think ‘is this right?’ It’s not being honest, it’s being nasty, it’s your opinion, like opinions are like arse-holes” (everyone has one) then Mal warned “Don’t jump to conclusions, don’t impose and don’t presume - remember that”
He didn’t think much of our apology either “Don’t you think it’s better not to put it in in the first place than apologise? I think you’re very wrong and being vindictive. If you are being honest about it all you will admit you are just getting your knife into Paul, you are presuming that she doesn’t give him his freedom, you are wrong and it’s unnecessary. You are using it to carry out a private campaign against somebody. It’s like newspapers, generally they print bad news, because people like it”
He also said we could get sued for libel. “I get on well with them and their wives, but I see them differently to you. She’s (meaning Linda) a good cook, I tell you, last time I was there it was a lovely meal, it was just great”

(We did include all the above comments in the magazine as Mal said we wouldn’t print it!)
Q. Do you think we’re silly for hanging around here?
A. I don’t think you are silly, I understand that.
Q. Why do you think we’ve been here for so long?
A. Tell me why you are still here?
Mal believed it was a challenge of some sort. “It’s like when you give up smoking . . . first it’s one week, then two weeks” He added “ I can’t really give you a reason, but I can sympathise.  No, I don’t feel sorry for you. If you were to be felt sorry for you would not come here, and if you did, you would be soft”

And on that note Mal had to leave. Thank you Mal.

This is a direct copy as printed in the magazine. 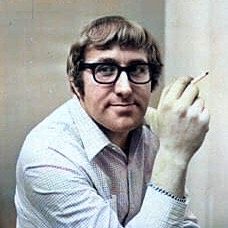 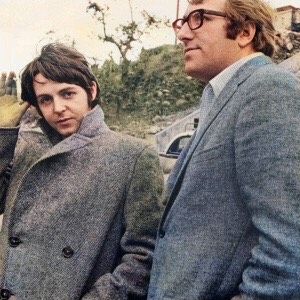 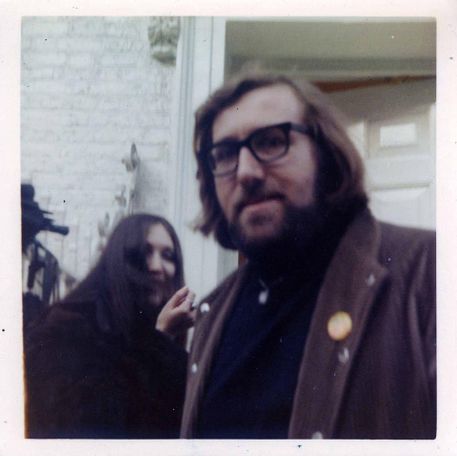